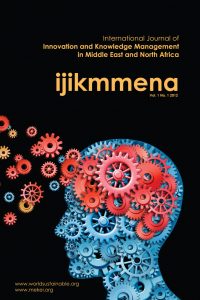 Purpose: The purpose of this study is to empirically examine the assertion that economic growth impacts the level of Foreign Direct Investment (FDI). At the same time the study tests the opposite relationship in that FDI impacts economic growth in the host country.
Design/methodology/approach: The standard Cobb–Douglas production function which shows the relationship between inputs and outputs is used to develop two models: one for economic growth and the other for FDI. Both models are then regressed concurrently using two-stage simultaneous regressions.
Findings: This study finds that economic growth and FDI are interrelated factors. Economic growth leads to positive news regarding the country, which prompts firms and investment houses to investigate opportunities in the host country. FDI can play an important role in filling the domestic gap in investment and spurring economic growth. The study finds a positive relationship between FDI and exports in that the greater the level of FDI, the higher the exports of the host country. The opposite relationship also exists in that FDI flows to locations which are export-intensive.
Originality/value: The key value of this study is to fill a gap in the current body of literature examining the attraction of FDI into emerging economies.
Keywords: Foreign Direct Investment, Technology Transfer, Economic Growth, Simultaneous Regression, Knowledge Transfer, UAE.

(29) Obstacles to innovation faced by SMEs in Libya, Emhamad Elmansori and Leslie Arthur