Home Agenda 2030 OUT NOW: From Oil to Knowledge – Transforming the United Arab Emirates into a Knowledge-Based Economy Towards UAE Vision 2021 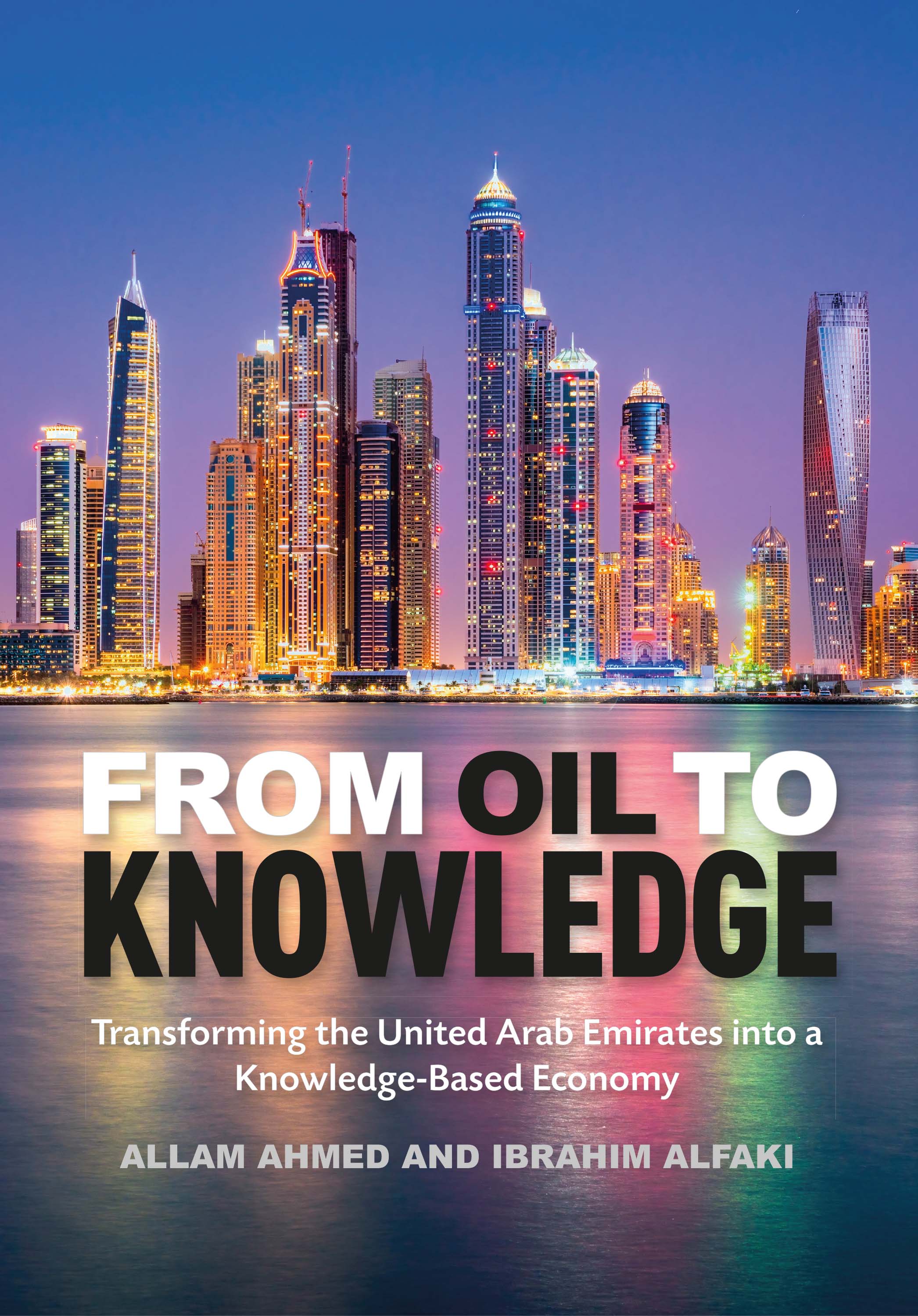 Prof Allam Ahmed, in conjunction with Dr Ibrahim Alfaki, has written a new book that evaluates the extent of the UAE’s success in diversifying its economy away from oil towards a knowledge-based economy.

From Oil to Knowledge is the first book to present and critically evaluate the extent of the UAE’s success in diversifying its economy and implementing the principles and approaches of a knowledge-based economy. The authors identify the achievements of the government to date and areas for further development in order to transform the UAE into a leader in the adoption of science, technology and innovation to drive economic success on the international stage.

The publication of the book is very timely given that the President of the UAE recently announced significant investment to foster a knowledge economy and innovation, and prepare the UAE for a world after oil.

From Oil to Knowledge will be utilised as a guide by policymakers and senior managers to enhance their ability to think strategically towards implementing the pillars of a knowledge-based economy within their own organisations and nation states.

Dr Allam Ahmed led the first knowledge management framework pilot project (Musharaka) in the UAE government (2009-2011) which sought to enable the government to deliver competitive, innovative and improved services. Dr Ahmed’s project is a case study in a PhD thesis on The Role of Social Networking Tools in Facilitating Knowledge Management and Sharing Processes at the UAE Municipalities: Opportunities and Challenges.

More than 85% of the UAE’s economy was based on oil exports in 2009. However, the government of the UAE has carried out a successful transformation of the country’s economic structure from relying heavily on oil resources to becoming a knowledge-based economy. By the end of 2015, the portion of GDP based on oil and gas output to 25% with plans to reduce this to 20% over the next six years.

From Oil to Knowledge is a WASD publication, published in collaboration with Greenleaf Publishing

Order your copy via Greenleaf Publishing.